Eric Pickles’ decision not to overturn an appeal decision refusing planning applications for a total of 6000 in Aylesbury demonstrates yet again that ‘sustainability’ is too vague a concept on which to hang the nation’s planning guidelines.

The NPPF has long been dubbed a ‘lawyers’ charter’ since its inception in March 2012, and decision-makers in all councils have struggled with the concept of sustainability and what it means in practical terms.

It would be a useful exercise to tot up the costs of the endless appeals up and down the country, not only in financial terms, but in terms of the well-being of the communities which find themselves under the developer’s cosh.

Full details of the Secretary of State’s decision are below:

Decision letter and Inspector’s Report on appeal relating to an application for:

Communities Secretary Eric Pickles has agreed with the recommendations of a planning inspector and dismissed a series of recovered appeals involving proposals for a total of nearly 6,000 new homes at three separate sites around Aylesbury, Buckinghamshire.

Aylesbury Vale District Council had either refused the proposals or failed to determine them within the statutory period.

Developers wanted to build 3,000 homes at Hampden Fields (between Bedgrove and Weston Turville), 2,745 homes at Fleet Marston (west of Berryfields) and between 120 and 220 homes at Weedon Hill (north of Buckingham Park).

The Secretary of State’s (SoS) decision letter said: “Overall, while recognising the important contribution which each of the appeal schemes would make to the social and economic wellbeing of the area, particularly through the provision of much-needed housing, the SoS considers that, in each case, there are adverse factors which significantly and demonstrably outweigh the benefits of the particular scheme.”

In another case the SoS concluded there would be significant impacts on the landscape. In respect of the other there serious implications for the highway network, which required a separate consenting regime to resolve. 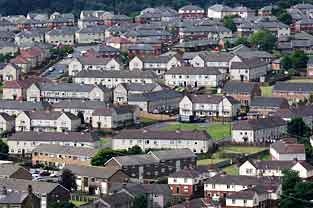 This entry was posted in News and tagged Aylesbury, Eric Pickles, NPPF, sustainability. Bookmark the permalink.