The following article by Jack Dixon appeared in the Pulman’s this week (3 December 2013), demonstrating excellent support for the plight of Feniton from Tiverton and Honiton MP, Neil Parish and the Campaign to Protect Rural England local chairman, Tim Hale. 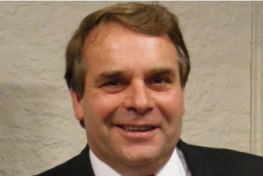 Honiton’s MP, Neil Parish, has reinforced his opposition to a major housing development in Feniton in a strongly worded letter to the planning inspector presiding over a forthcoming “super inquiry”.

Village residents have been fighting three separate developers and are preparing to take part in the hearing, which begins on January 7th.

Phillip Major, the government planning inspector, is due to hear appeals from Wainhomes, Feniton Park Ltd and Strategic Land Partnerships. Between them they are hoping to build 235 new homes, which would increase the size of the village by 40 per cent. East Devon District Council refused the developers’ initial proposals.

Mr Parish said: “It is abundantly clear that local infrastructure is patently insufficient to accommodate the disproportionate scale of development envisaged by the three developers who have singled out the village for mass housing.

“Very clearly, explosive growth of 40 per cent in the space of a matter of months, as Feniton faces, cannot be consistent with the letter and spirit of the National Policy Planning Framework.

“There are no mitigating factors as to why Feniton should suffer mass development of the kind it faces until existing infrastructural inadequacies are addressed. There is no hurry.”

“A 40 per cent increase in the number of houses in the village is clearly inappropriate in any community, let alone one so threatened as Feniton.”

Conservation group the Campaign to Protect Rural England has also come out in opposition to the proposed development this week.

Tim Hale, Chairman of CPRE’s East Devon and Exeter district group, claimed that the developers had based their projections for housing requirement on estimates of the likely population growth rate taken before the 2011 census, and used in the East Devon Local Plan. But he said actual figures collected between 2001 and 2011 revealed a growth rate of 0.5 per cent per year, half what the developers are suggesting.

He said that based on this figure, there was already enough housing to satisfy the five year supply of land that local planning authorities are required to identify and maintain.

The CPRE also objects to the proposed development because of the potential loss of agricultural land.

Mr Hale said: “It is very difficult to define what is sustainable, but what is not sustainable is the loss of land for agricultural use which will be a consequence of this development.”

Feniton Parish Council needs to raise £10,000 to pay for legal representation at the inquiry and has been collecting donations since November 4th.

In less than a month the council has raised more than half the required amount and the total currently stands at £5,520.

The inquiry begins on Tuesday, January 7th at the Feniton Bowling Club and is scheduled to last eight days.

This entry was posted in News and tagged CPRE, Neil Parish, NPPF. Bookmark the permalink.

2 Responses to Feniton not prepared for ‘explosive growth’, says MP